Once I need to do many commits and in each commit I have prepared the commit message. It’s very sensible to do this automatically since everything is already set. But wait, does Git provide a way to make it read a commit message from a text file?

After reading the manual page, yes `git help commit`, I could not find any clue on how to do this. Git provides `-m` option to enter the message inline, but I found this to be very limited since I have a paragraph long message. Git also provides `-t` to specify a template file. This is very close to what I need, however I still need to save and close the text editor which still pops up. Nah, I could not automate with this.

Then I realized that I can trick Git by changing the text editor it uses when asking user for the message. We can change the editor by setting the `EDITOR` environment variable. Git will call whatever specified there and give another parameter: the file Git will read for commit message. By default it will be set to `.git/COMMIT_EDITMSG`

So, for example, if I enter `/usr/bin/gedit` to `EDITOR`, Git will execute the following

Gedit application will run and Git wait until it closes. Then used whatever written in `.git/COMMIT_EDITMSG` as the commit message. We can also give parameter to Gedit, like adding `–new-window`, that will tell Gedit to open a new window instead of just using what is already opened.

That said, to make Git read a text file and use it as commit message, we can do a magic by using `cp`! Yes, the one that can create a copy! Let me show you how..

What will Git do if we set the `EDITOR` variable like the following?

PS: This should be also applicable for other applications that use similar method of asking an input.

What’s a new blog without a hello world post, right? 😀 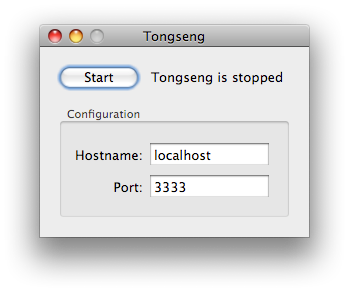 Download Tongseng, mount the dmg file, and run Tongseng. Click the Start button to let Tongseng sends all touches on your touchpad to TUIO-enabled multi-touch applications.

Prefuse is a very nice visualization toolkit. It is written in Java, it uses Java2D APIs to draw nodes, edges, and other visual items. It also handles events, supports animations, and other things you need to make the visualization become interactive.

The visualization display is implemented on top of JComponent. So it is very easy to embed it on another application, like what I did in LuaDeskSpot (source).

Okay, enough for the introduction. The purpose of this post is I want to show you how to use Prefuse through Jython. Yes, to make Prefuse (er.. Java, actually) scriptable!

And this is the obligatory screencast.

um.. yes, this is the translation of my previous blog entry discussing the same thing.

I was wondering can I somehow transmit TUIO data to a browser. So I can use javascript and of course HTML and friends to build a (not really) web based multitouch application. I found no available libraries.. well maybe because it is just ridiculous to implement such thing. But hey, it’s fun to have one! So, I decided to give a try.

The first problem is browser speaks HTTP and TUIO uses OSC things over UDP. Actually, creating a TUIO application using Flash also face this kind of problem. But already have a translator that converts TUIO data (which uses OSC over UDP) to XML data that flash accepts which uses TCP connection. So, if I want to have the TUIO data arrived at the browser, I have to transmit it over HTTP.

Beside that, the tracker transmit a data when a touch event happens. In other words, the TUIO data has to be transmitted right into the browser immediately after it is produced. But, as we know, in (ordinary) HTTP connection, browser is the one who initiate connection, not the server. So, how to solve this?

Then.. i remembered Comet! It’s a concept of pushing data to a browser. Exactly fits what I need. Well.. new problem came since I couldn’t found a simple and ready to use library. One requires me to install Jetty. I tried but didn’t know what to do 😀 so I tried to find another solution. Then I stumbled upon a great tutorial that gave me more keywords for google! It was orbited, stomp, and morbidq which all share another keyword: simple 😀

After coding for several.. err.. hours, i guess, finally now I have a working prototype! See the screencast below.

Basically, there is a script that reads TUIO data from tracker. Then it transmit the data to a message queue that supports stomp. Script inside the browser then takes data from the message queue (or the other way around?) and process it. Communication between the message queue and browser is handled by the orbited. I don’t really know what happens inside =D

Well.. just see the code if you want to know more. Check it out at http://github.com/fajran/tuiojs/tree/master. Have fun!

Precondition: The original graph must not be the root graph. Create a sub graph of it first that contains the same nodes and edges.

Two local properties of the input will be created: viewMetaNode and viewColor.

viewMetaNode property contains mapping from meta node to the sub graph that it represents.

Edges to nodes in the sub graph will changed. They will be pointed to the meta node after the sub graph is created. However, the original information about the edges is saved, so it can be restored later.

Restoring a sub graph to its “parent”

Edges connections will be restored.

Yesterday, I experienced a segmentation fault in my application. After done a series of debugging that also made me compile the OpenSceneGraph (ver 2.6.1) in Debug mode, I figured out that the segmentation fault was caused from a method call from a NULL object.

The bug was in pickAtXY method of WindowManager class that is declared in WindowManager.cpp. The problematic code was like this.

Spot the problem? What if win is NULL? It should proceed to continue immediately and don’t make any call to its method. But in the above code, a NULL win would still make its isPointerXYWithinVisible() called.

The fix should be trivial. But before I made my own modification, I decided to look at the latest version of OpenSceneGraph (2.8.0 rc3) and, guess what, it is already fixed! So I only had to copy the bug-free version and pasted it to the ver 2.6.1 code that I use. The new code is like the following.

Just swapping some parentheses and the bug is gone!

You know what, this is why I like working with Free or Open Source software. You can see the actual code that ticks you off and make changes if necessary.

So, you thought that you have failed compiling Tulip on MacOS X? The plugins can’t get loaded? Can’t find the dylib files?

Look again! Check files inside the lib directory. Let me show you mine.

Files that have “Mach-O dynamically linked shared library i386” as their description are surely interesting. Why don’t they have a .dylib extension? You can find a similar “phenomenon” inside the tlp directory which contains Tulip plugins. Where is the extension gone?

Since Tulip checks for .dylib extension on MacOS X, it would not be able to load the plugins. Because they are simply not there. No files with that extension. The application loads very fast since no plugins found. And you also can’t do much since Tulip is (probably) nothing without plugins.

I don’t know why the configuration scripts or the compiler or the linker or whatever it is don’t create shared libraries with .dylib extension. But as a workaround, I found a simple solution to make Tulip recognize the libraries. Just by simply adding the extension!

One simple command and all is done.

Run that inside the lib, lib/tlp, lib/tlp/glyph, and lib/tlp/view directories. Maybe inside lib/tlp/designer too. Don’t worry when it tells “No such file or directory”.

.. now, I’m using MinGW/MSYS (what’s the difference btw?) instead of Visual Studio. Apparently, those two can’t cope each other and since I’m gonna use Eclipse with MinGW/MSYS, I have to compile the OpenSceneGraph (OSG) with MinGW/MSYS too.

The good news is, OSG uses CMake. It helps a lot when dealing with many build system on many platforms (as long as it supports of course). 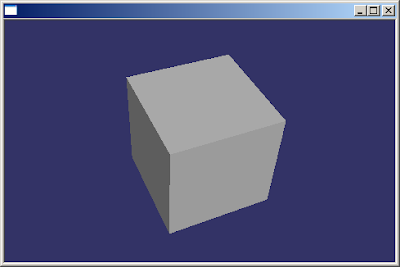